How do outdoor e-paper signs measure up to extreme weather environments? Better than you might think!

From the bitterest winters to the most scorching summers, an outdoor electronic paper display can hold its own even in the most extreme of weather. Provided, of course, that it is powered by the right technology and designed well.

It’s getting crazy out there

On January 18, 2019, Noona, a small town in New South Wales, Australia broke the kind of record nobody in the small rural community probably ever wanted: the record for the highest overnight minimum temperature recorded in the country, with a night that never dropped below 39.5°C (yes, that’s 103°F!) during the country’s hottest ever summer.

On the other side of the world, the United States was having quite the opposite problem. A winter storm had brought up to 13 inches of snow in the West and Midwest, the polar vortex causing the coldest weather in over 20 years. Los Angeles was now experiencing temperatures no higher than 21°C (70°F) the entire month of February, a first in 142-years of record keeping, while January had New Yorkers shivering in the unbearably cold −17°C (2°F).

With schools and offices closing across the USA and pavements (probably) melting in the land Down Under, extreme weather conditions are unfortunately becoming our ever-present reality. But how does the technology we use measure up to such severe temperature shifts? Or any temperature shifts for that matter?

Will the e-ink digital signs installed at bus stops in Australia and in urban centres across the United States even work when the temperature outside drops below zero or swells up to the hundreds?

It’s all about the know-how

In the end, it all comes down to one simple truth: if you seek out a signage solution that is built on know-how and proven in the field, it will function well even when conditions are dire.

This is especially true of electronic paper.

In the world of digital signage, e-paper is quite unique: because of how the technology works, an e-paper sign will use energy only when updating the screen and will always show an image, even if the power runs out. This uniqueness, however, also requires a unique approach when it comes to developing e-paper signage – both for indoor (such as our meeting room label Joan) and especially for outdoor use (such as the Urban bus stop).

The outdoor solutions especially are the ones where experience becomes the most crucial factor of the sign successfully withstanding the challenges of being deployed in the field. 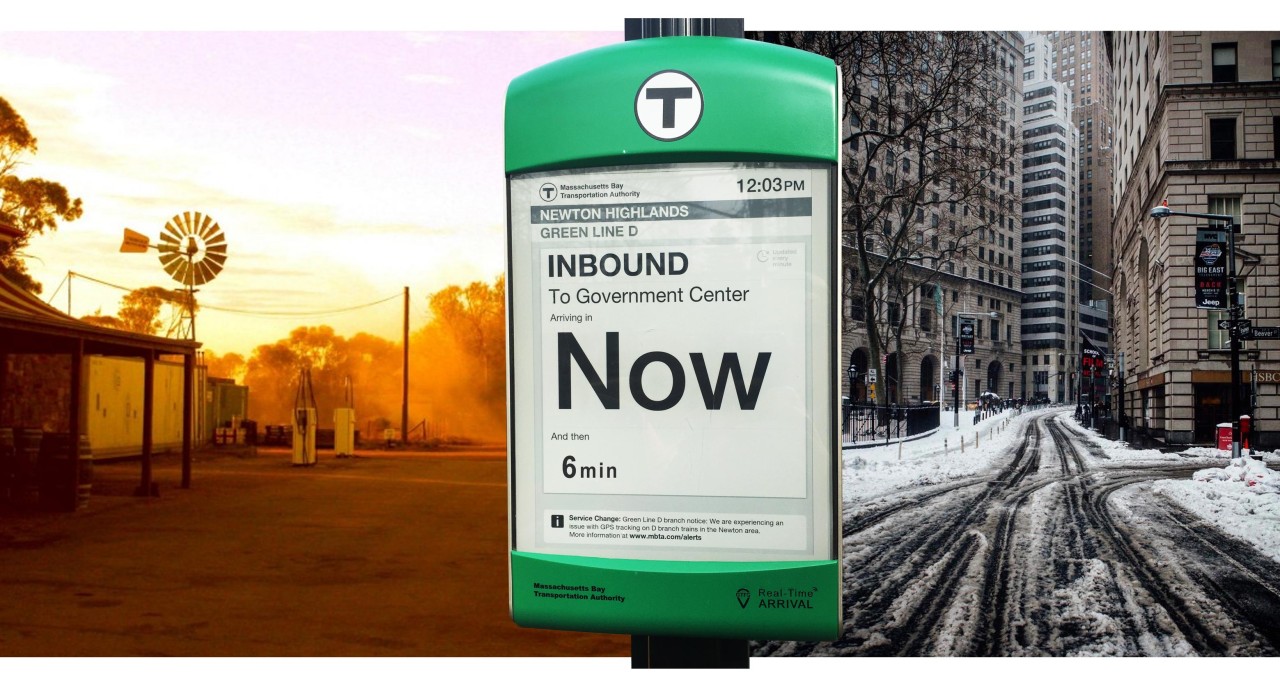 First, an outdoor e-ink display must survive the constant exposure to UV rays, since prolonged sun exposure can and will damage the screen. This is where specialized e-paper screen technology was developed and utilized in protecting the screen from damaging rays while also ensuring unparalleled content sharpness even in the brightest sunshine. Yes, even in the hottest Australian summer ever recorded.

Next, it’s the exposure to cold that needs to be taken into account. Electronic paper is electrophoretic, which means it functions on the basis of dispersed particles in a fluid that is under the influence of an electric field. Consequently, a change in ambient temperature will alter the viscosity of the panel and with it the time it takes for the display to update.

Ensuring that the screen is seamlessly refreshed even in the bitterest of polar vortexes are waveforms. These are periodically varying voltages that manage changes in ambient temperature, adjusting the display’s electric field and making sure that the e-ink particles are quickly arranged into an image on screen no matter the temperature outside.

Getting the waveforms right, however, is no easy task. Only extensive know-how gained through experience with real-world outdoor deployments will yield the functionality you need and result in a digital sign with a truly flexible operational temperature. For the Urban bus stop, for example, this is anywhere between -15°C and +65°C (5°F and 149°F)!  An extended temperature range option is available for the Urban bus stop which effectively extends the lower temperature functionality down to a blistering -20 C, all in readiness for the next ‘polar vortex’.

Last but not least is the most crucial part: a robust and weatherproof enclosure. This is because an outdoor electronic paper display’s electronic components will also require protection against the elements. The enclosure must stop wind, water or dust seeping in and must, among other, also prevent moisture buildup within. This can be a consequence of temperature fluctuations, resulting in a greenhouse effect within the enclosure where the air trapped between a non-bonded display panel and its overlay heats at a much faster rate, significantly reducing the lifetime of the display.

Just like with waveforms, however, there are few that can get an e-paper outdoor enclosure right. Among them, without a doubt, is Mercury Innovation, our outdoor product partners  who are bringing the Urban bus stop to life.

Proven in the field

Powered by Visionect and designed by Mercury Innovation, the Urban bus stop is the latest success in a long line of joint outdoor e-paper solutions.

And these are more than surviving in the field, no matter the weather.

Just look at the solar-powered e-paper traffic signs deployed by Visionect and Mercury Innovation in Sydney, Australia. Since first installed in 2013 and now encompassing almost 400 signs, the technology has had zero failures, proving to be rugged and durable in any weather and any season, paving the way for many more signage successes to come.

No matter the climate change disaster that comes our way next. 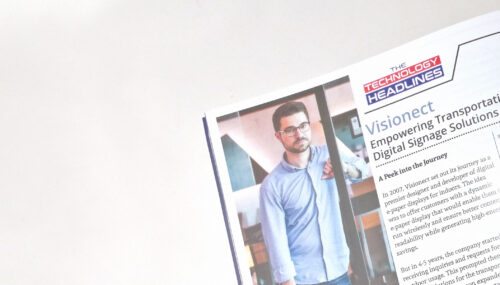