Did you know? Electronic paper displays can be easily interconnected into bigger screen formats to attain the perfect digital sign for any deployment scenario, be it in traffic, hospitality, retail or elsewhere.

Bridging the gap between what is available on the market and what can be done with eink is tiling electronic paper displays together.

In electronic signs, bigger often equals better – more noticeable and with bigger impact, easier to decipher, clearer and better suited for the job at hand. And while eink displays could in the past boast many features that ticked the digital sign ‘must have’ list, the stumbling block in more ambitious signage implementations often proved to be electronic paper’s limited size.

Technological advancements in display manufacturing have made bigger formats of e-paper displays possible, if not always readily accessible; bridging the gap between what is available on the market and what can be done with eink is the method of tiling electronic paper displays together.

The truth is that combining e-paper screens into larger formats is more common than you might think and can take place at the manufacturing level already – and it’s all connected with the complexity of making electronic paper’s electrophoretic displays (or EPDs for short). The coveted 32’’ display produced by manufacturer E Ink®, for example, is in actuality four displays seamlessly tiled together into a bigger-sized screen, creating an electronic sign large enough to support uses in information kiosks, menuing systems and retail.

A signage integrator can interconnect multiple EPDs into large screen formats just as easily, as long as they keep in mind the mechanical characteristics of the displays to be tiled.

Tiling electronic paper displays together is, mechanically speaking, a bit like assembling a jigsaw puzzle: certain pieces fit together, while others simply don’t.

Specifically, the issue is in the microchips and drivers of the EPDs and where along the edge of the display they are positioned, limiting the possible screen combinations.

The puzzle piece: E Ink’s 9.7’’ electronic paper display, with drivers (colored orange and white) located alongside the whole length of both sides of the rectangular screen.

In E Ink’s 9.7’’ display, for example, the display drivers are located along two of the four sides of the screen’s rectangular active area, and are quite wide in diameter (see the two white edges along the sides of the display in the picture above).

To effectively combine these displays into a larger size, their same-length chip-free sides have to be aligned – which allows the signage integrator to avoid having wide borders in the middle of the tiled display, but also limits the number of displays that can be joined together to two.

This number can be increased by interconnecting displays through overlapping, in which the drivers of the longer rectangle side are covered with the corresponding, driver-free side of the next display in row, creating a long, rectangular new jumbo screen that features very little unnecessary edge.

Multiple 9.7’’ E Ink displays can be tiled together by overlapping the screens.

As the displays are stacked slightly on top of each other and as such not on the same plane, they can prove to be somewhat trickier to fix in place.

Tiling the 13.3’’ eink display is easier: even though its drivers also run alongside two of the four display edges, the non-active display area border is much narrower. 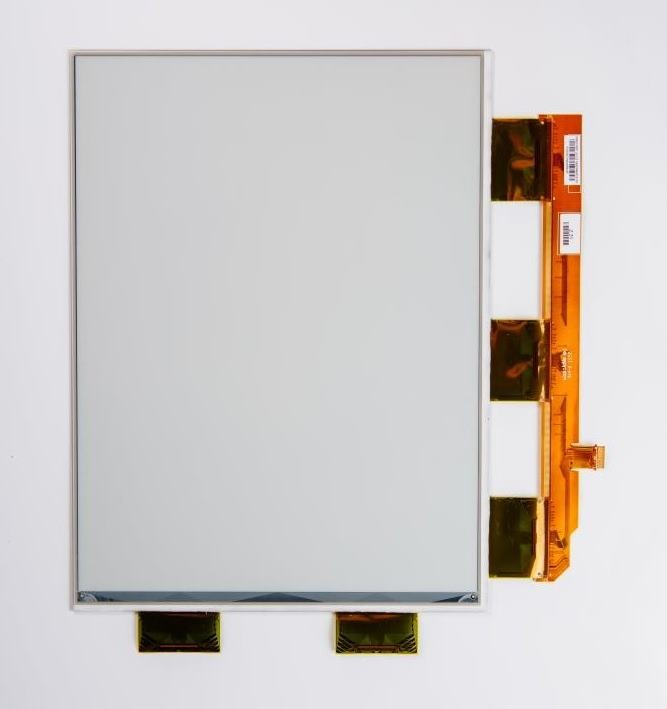 The 13.3’’ display is simpler to tile into bigger sizes, as the drivers alongside the display are narrower, increasing the number of ways in which the sides of the screen can be interconnected.

Even more elegant to tile is the 32’’ epaper display. Because its drivers are located alongside one edge only, it allows for more versatility in screen combinations and a greater variety of XXL sign dimensions. 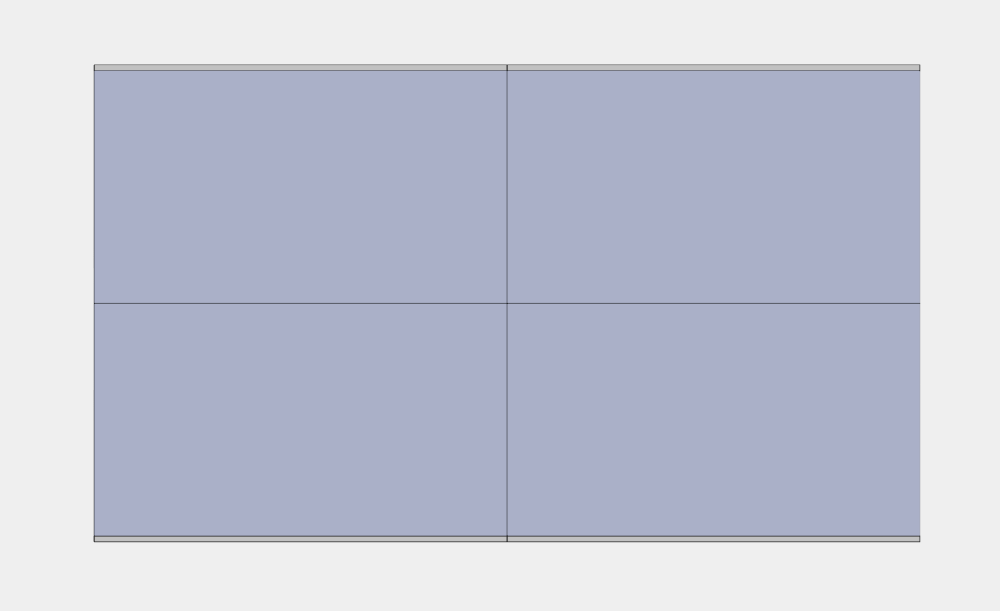 The 32’’ display and its single-location drivers make it possible to combine screens into signs of many shapes, which in turn can also be combined together.

What about the signs’ hardware?

The mechanical aspect of electronic paper displays, however, is not the only thing to keep in mind when tiling EPDs.

Also important are the tiled display’s tech settings, the hardware and firmware running the sign, which are to be configured according to the e-sign’s intended purpose.

Get ready to meet Incrediscope, indoor navigation for a new era