The writing’s on the wall: what’s next for electronic paper

After looking into the technology and history of e-ink, the third installment of our series explaining electronic paper examines what the future has in store for the technology, with e-paper displays that now bend, appear in large formats and show color.

Advancements in EPD functionality are ushering in a new chapter in the use of e-paper and expanding the potential of its implementation.

Lately electronic paper has been popping up in all sorts of unexpected places: integrated in smartphones, watches, accessories and even shoes, e-paper displays (EPDs) are bringing to life a never before seen range of products, giving them that extra oomph of usability.

Combined with an increasingly steadier presence of e-ink in digital signage, it seems we are just beginning to see the true potential of the technology. As electronic paper moves from the domain of digital readers into signs and wearables, advancements in EPD functionality are ushering in a new chapter in the use of e-paper and expanding the potential of its implementation.

But when it comes to e-ink technology, such pivoting is actually nothing new.

Ever since the birth of electronic paper in the 1970s, the technology has been undergoing a constant shifting of its purpose: first, it was a new type of computer screen, then a medium for an inkless office, then, in its most famous incarnation, the platform of reading digital books.

Enabling such versatility of use is the continuous improving of e-paper display technology, starting in the 90s at MIT and never really stopping, propelled forward by companies such as E Ink, Plastic Logic Germany, Pervasive Displays, Samsung, Epson, Amazon and others. 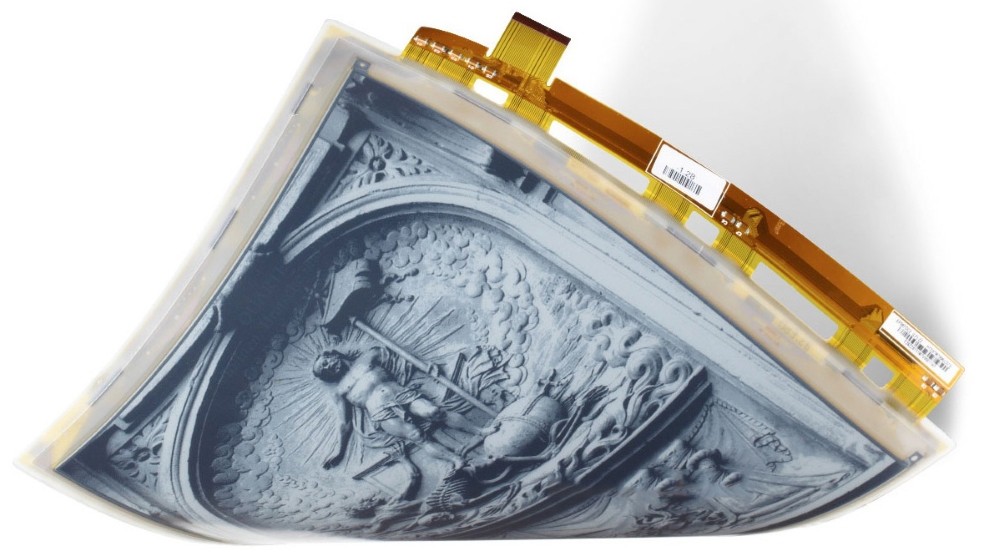 A flexible, wafer-thin display… in plus size

One of the limitations of electronic paper technology has traditionally been the fact that the glass thin-film transistor (TFT) of an e-ink display had proved too heavy to support displays of larger dimensions.

The TFT is embedded in the backplane of an e-paper display and controls the electrical charge that allows the display to show an image. By introducing a negative or positive charge, the black or white particles inside an EPD that carry a corresponding charge are moved to the surface of the display, where they create a picture or text.

The problem lies in the fact that the weight of a glass-based TFT grows as the square of its diagonal dimension, limiting the potential size of the display. It was found, however, that by constructing the EPD backplane with plastic rather than glass, the end weight of an electronic paper device could be significantly reduced, even by as much as 50%.

This not only opened the doors for the production of thin and lightweight e-paper products, but also meant that e-ink displays could now support bigger sizes and even more, that the display itself could bend and flex without breaking. 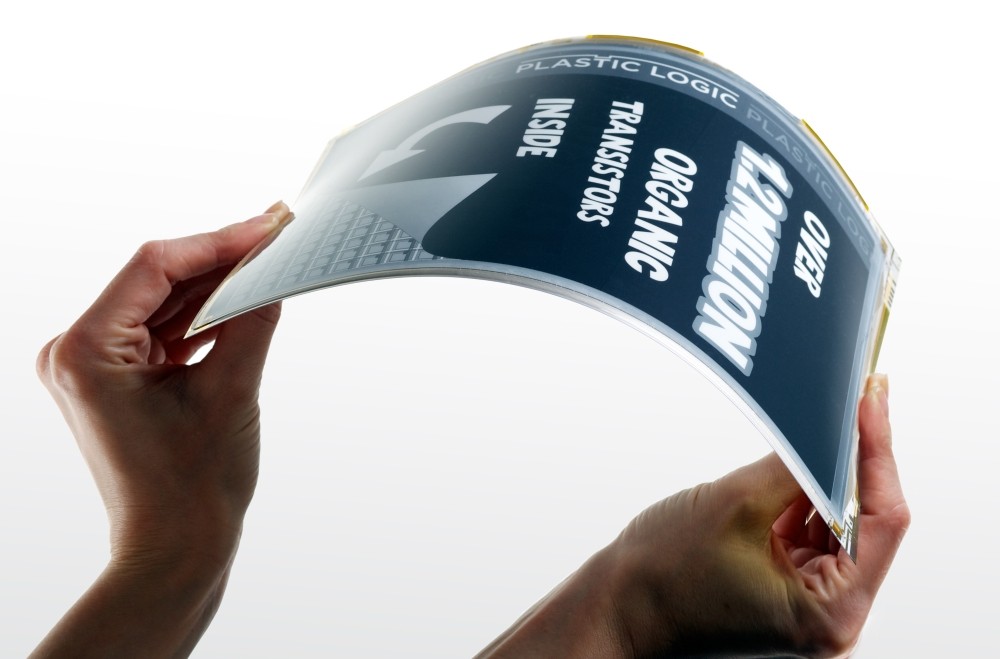 Somewhere over the rainbow

Another important development is the ability of an electronic paper display to show color.

High-quality dynamic color images have long been the desired goal, but with e-paper relying on positively and negatively charged particles to produce an image, the use of more than two colors had always been an engineering challenge.

An interim solution was found in the three-color-ink display which operates similarly to the monochrome one, the only difference being that a third pigment is added to the black and white particles of the EPD film. These differently-colored particles carry the same charge as the black ink, but move to the surface of the display under a different voltage, proving perfect for applications such as shelf labels and different billboards.

Image-rich applications with graphs, charts, maps, photos and advertising, however, would still need to show a wide range of colors, not just three.

A solution was to add a thin color optical filter to the top layer of a black and white EPD, with the filter’s array of pixels divided into triads, groups of three phosphor dots coloured red, green, and blue. When the white particles of the e-paper display are pushed to the surface to reflect ambient light, the embedded RGBW filter reflects color back to the reader by combining the red, green and blue elements. 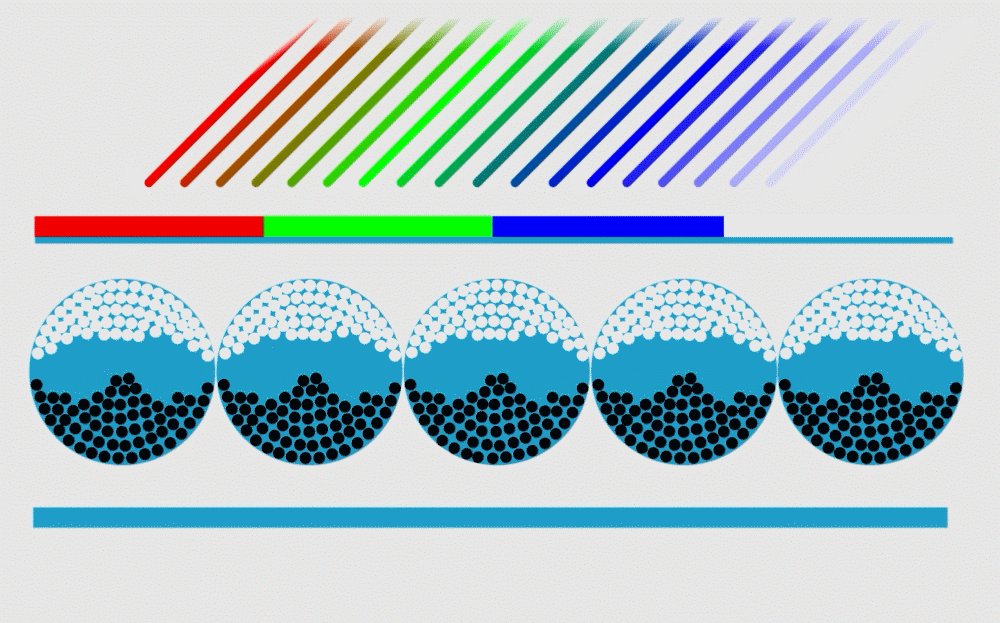 While color attained in this may be somewhat muted in comparison with the bright pigments of an LCD screen, e-paper’s energy efficiency, low cost of installation and high readability make color e-ink a smart choice for dynamic information kiosks, restaurant menus and different outdoor and indoor signs.

The future is wide open

One thing’s for certain: the potential of e-paper technology is staggering.

The work going into perfecting EPDs, making them wafer-thin, bendable and infusing them with unbelievable battery life means that we are a step away from science fiction like scenarios where displays would show up-to date information practically everywhere – on cardboard food containers, tickets, drug labels, binders, on a billboard literally in the middle of nowhere.

Heck, even your office wall or the facade of your house can now be ‘painted’ with electronic paper, creating fully programmable colors and patterns that transform architectural materials into dynamic designs and finally make staring at your bedroom wall fun. 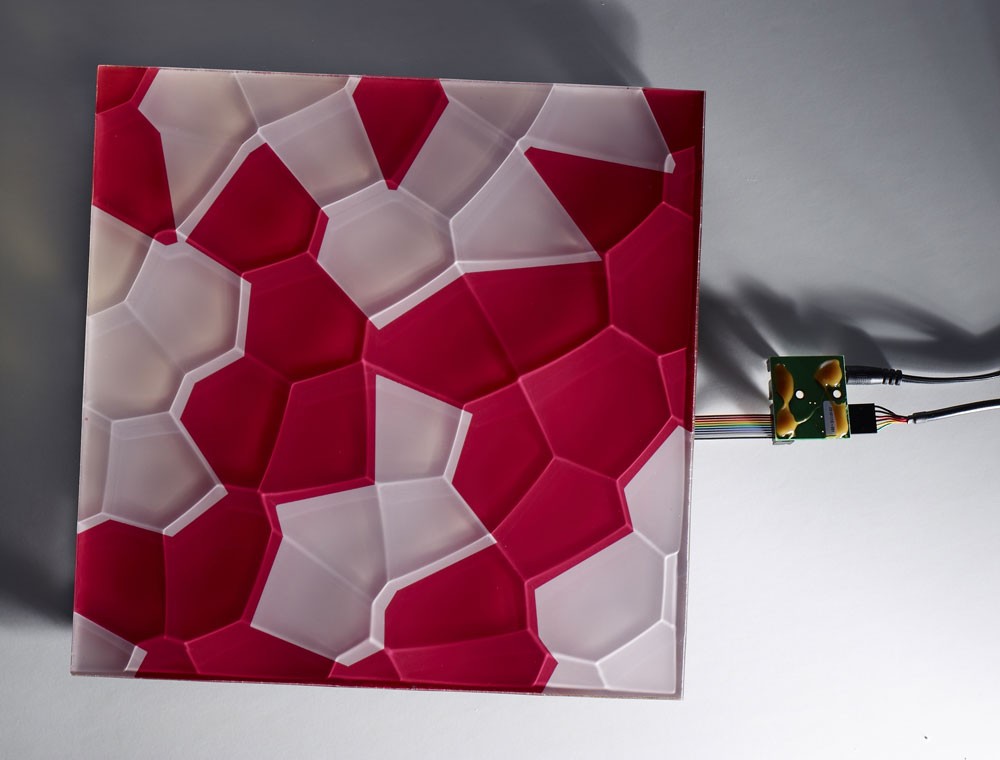 E Ink’s Prism, displaying programmable colors, patterns and shapes to be used in architecture and design. See it in action here!