Electronic paper can do much more than communicate bus schedules and train departures. Read how it can be utilized in art to inspire dialogue for a more hopeful future.

We imagine it’s a feeling akin to when a songwriter pens a hit song that finds its way into the hearts of the masses, or when a director releases a movie that instantly becomes a beloved classic – that feeling of utter pride when your work takes on a life of its own and transforms into something more than it was intended to be.

In our case, into an amazing civil rights sculpture that projects a powerful message of equality onto a powerful screen – our very own large-scale electronic paper display!

Electronic paper, “the voice of the people”

Meet the Blank Slate Monument, a moving sculpture by Kwame Akoto-Bamfo that is touring the United States, offering reflection and participation in the civil rights conversation through the medium of art and modern technology.

This is because the artwork features a dynamic protest sign that looks like paper, works in all lighting conditions, and uses minimal power. This interactive Blank Slate screen at the top of the monument is in reality a removable Visionect-powered 32-inch electronic paper display. Its screen changes in line with audience input, with the placard, explains the artist, becoming “not just a symbol, but literally the voice of the people.”

And it is a voice that is being heard all around the United States, from New York to Chicago, Detroit and more. 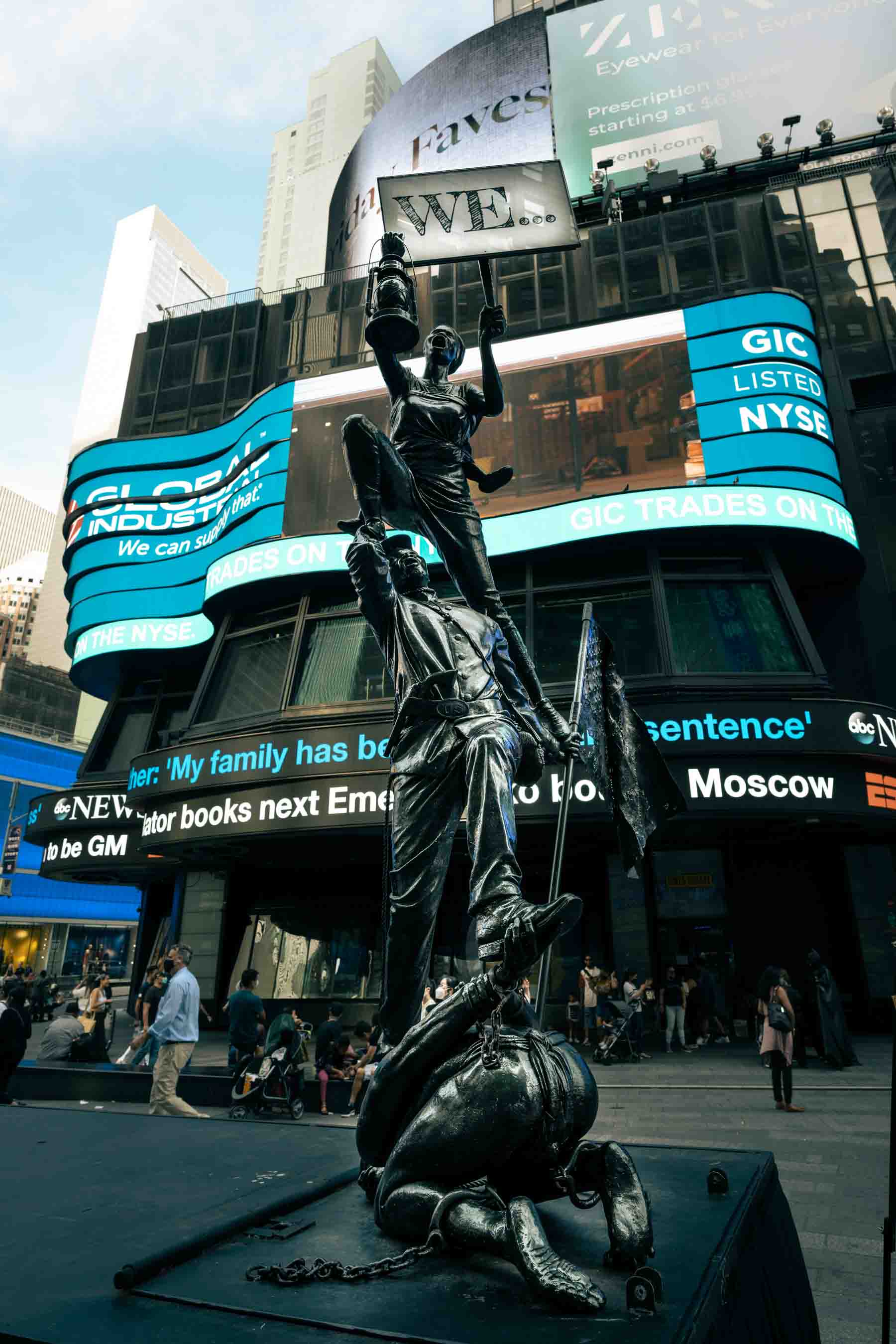 So, how does it work?

The titular “blank slate” incorporated in the monument is powered by a battery pack concealed in the installation that is changed regularly during the sculpture tour. It connects via Wi-Fi using a Raspberry Pi, with content managed through WordPress apps and pushed to the display with the help of Visionect software.

“The interaction of viewers with the e-paper screen was one of the most satisfying experiences of the sculpture tour for me,” excitedly explains Brendan Burke from BB Projects, LLC.

“Countless times I saw someone look at the sign, look away, and then look back and be shocked, asking ‘Did that change?!?!’ Everyone thought it was a static sign made of paper, and the jaw-on-the-floor wow factor when they saw that it was a dynamic display was supremely satisfying for me as an interactivity designer.”

Bringing the wow-factor to life, however, was no easy feat, explains Burke, whose search led him to several distributors of e-paper solutions around the world. Visionect technology proved to be the best fit, he explains, with a robust custom solution to satisfy the project’s fairly unusual needs.

And the result? Says Burke: “A display solution that is, for me, one of the elements that makes the viewer’s experience of the artwork truly magical.”