Did you know? Epaper holds an image even without power

One of the best features of eInk is the fact that the screen will retain the image displayed even when there is no electricity to power the digital sign.

An electronic paper screen will hold the last image displayed even if disconnected from the electric grid.

Epaper is different from other types of displays. Whereas LCDs, LEDs and plasmas will strike horror into the hearts of signage integrators by turning dark as soon as power to them is cut off, an electronic paper screen will hold the last image displayed even if disconnected from the electric grid or if its battery runs out.

The bistable technology of eInk’s electrophoretic display (also known as an EPD) requires energy only to change the picture, but none to hold the image displayed on the screen. This quality enables e-paper’s very low power consumption, and installations of self-sustainable digital displays that have no wiring or cabling.

In physics, bistability means a system which exists in two stable equilibrium states, when all particles in a system are at rest and the total force on each particle is permanently zero.

The bistable e-paper display uses the same concept: the smallest particles of the screen will hold the color – and the image of display – even when disconnected from the power grid.

E-paper functions on the basis of small capsules containing tiny color particles, both black and white.

An electrical charge is used to move particles of a certain color to the top of each ink capsule, with the differently colored capsules outlining an image on the display surface. As a result, each ink capsule of a pixel can only be found in two states:

Power is needed to put the color particles of an EPD in their place, but once they are there, they won’t move until the next electric charge rearranges them.

RETAINING AN IMAGE WITHOUT ELECTRICITY

Both the black and white state of an eink capsule are resting states, meaning that energy is necessary to realize them, but not to retain them.

In other words: power is needed to put the color particles of a bistable EPD in their place, but once they are there, they won’t move until the next electric charge rearranges them in another pattern. Shut down the display and the eink screen will still show the last content displayed. 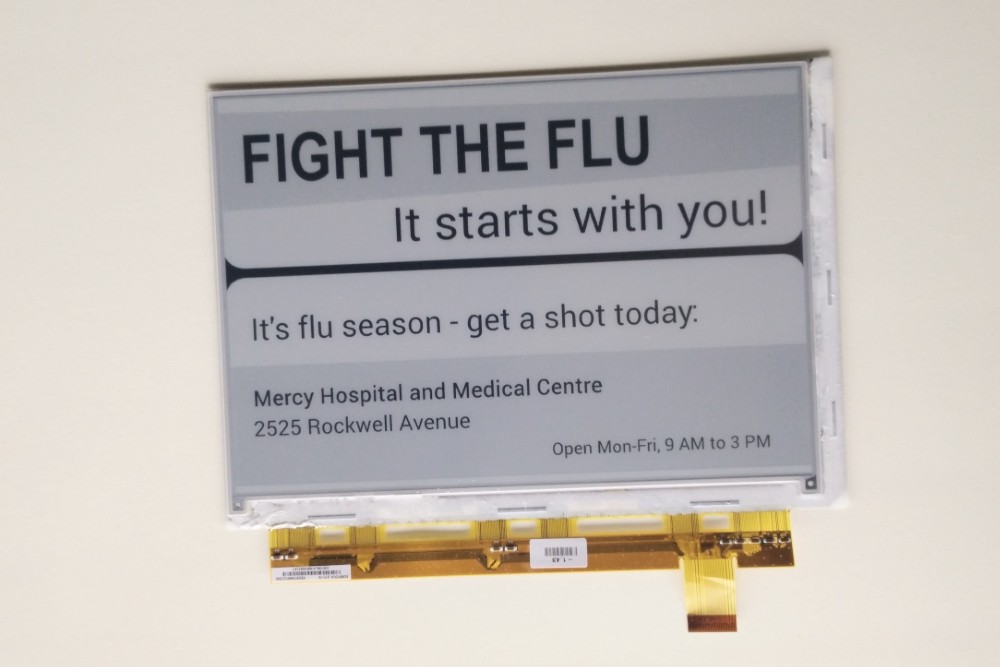 An electronic paper display shows an image even without a power source, and uses electricity only when the content on screen is changing – resulting in amazing battery longevity.

Just like a sketch on real paper, an electronic paper display will hold a static image, even without electricity – when there is no change in image or text, an EPD will simply show the last content uploaded and will hold it in perpetuity.

This helps resolve the challenges of digital signage integrators and companies that are experiencing business and sales difficulties due to display failures during power shortages or lost internet connectivity.

An eink display failing to refresh from whatever reason will mean that the last image shown will remain on screen, avoiding blue screens or error messages.

E-paper’s bistability also brings the added bonus of an electronic paper display consuming power only when the content on it is changing.

E-paper’s bistability brings the added bonus of an electronic paper display consuming power only when the content on it is changing.

This makes electronic paper extremely energy efficient, capable of running for months on a single battery charge. This enables many never before seen applications, with the potential of installing self-sustainable digital displays practically anywhere especially attractive for the outdoor signage sector.

E-paper’s power consumption and battery longevity depend on many factors, such as the quality of the wireless network, the size of the display and the ambient temperature. Visionect’s engineers have defined a list of tips and tricks to reduce the power consumption and improve the battery life of digital signs. 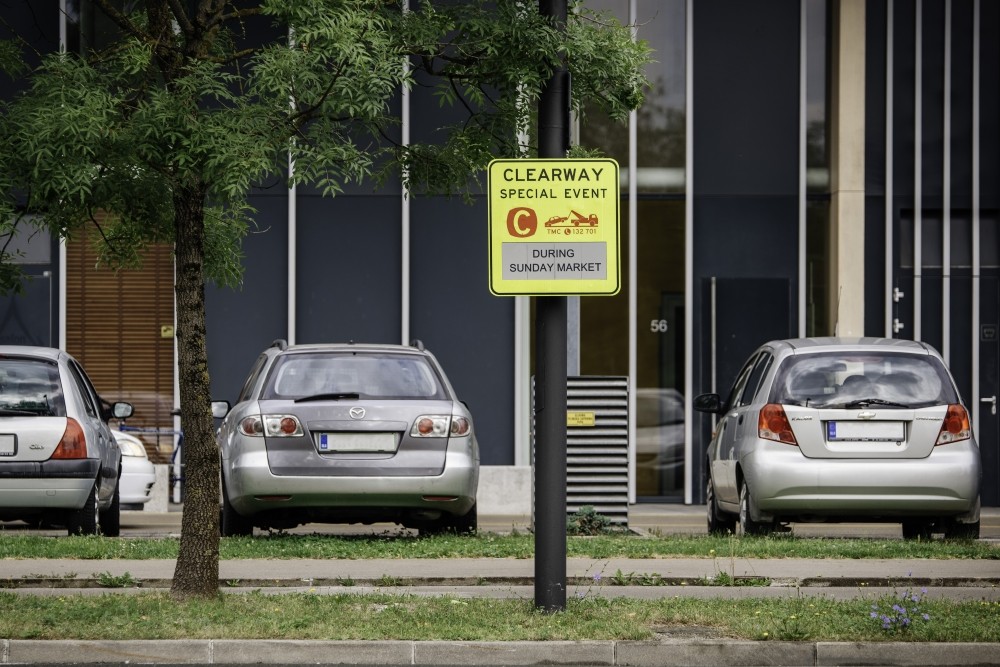 An electronic paper traffic sign, independent from the electric grid, powered by solar and and providing real-time traffic and parking limitations.

Digital signs for any environment

It is the technical characteristics that make electronic paper a perfect solution for many outdoor applications where traditional signage just cannot cut it. Requiring only a fraction of the energy usually necessary for a digital sign to work, epaper can be powered by battery, running for months on a single charge.

Requiring only a fraction of the energy usually necessary for a digital sign to work, epaper can be powered by battery, running for months on a single charge.

In combination with an alternative powering option (i.e. a solar cell) the signage solution is completely independent from the electrical grid and applicable in any environment.

The 99% lower power consumption (in comparison to LCD) makes possible the realization of innovative solutions, like smart traffic signs, interactive bus stops, interconnected destination shields; even in the places without connectivity to the electric grid and for a much lower cost.

Quite impressive for a technology that started life as a new kind of computer screen, right?

Want to know how customers behave on your store floor? Check Google Analytics!

Communication in the time of coronavirus: a brave new world powered by electronic paper