Kael just sent us a link to his DIY project based on our V Tablet. He used it to build an Evernote powered recipe book that he can safely use in his kitchen.

For quite a while now my girlfriend and I have been using Evernote to store and view the recipes we have acquired over the years. My biggest issue with the system was how we were viewing them.

We love writing about our dev. community projects and we were super happy when we got an email from Kael Spencer yesterday. You can check his awesome project with our V Tablet DIY kit in a blog post he wrote. As he writes:

“For quite a while now my girlfriend and I have been using Evernote to store and view the recipes we have acquired over the years. My biggest issue with the system was how we were viewing them: on our phones. I wanted something a little bigger than my phone. There was also the issue of backlights and locking. Either I dealt with the screen turning off and having to unlock my device (a pain when your hands are dirty) or leave the screen on the whole time which drains battery life. What I really wanted is an e-paper device to display recipes.”

He solves the problem by using our DIY development kit and a custom web interface that he developed to access and format Evernote recipes. He’s even sharing the project source code on GitHub. The end result looks awesome: 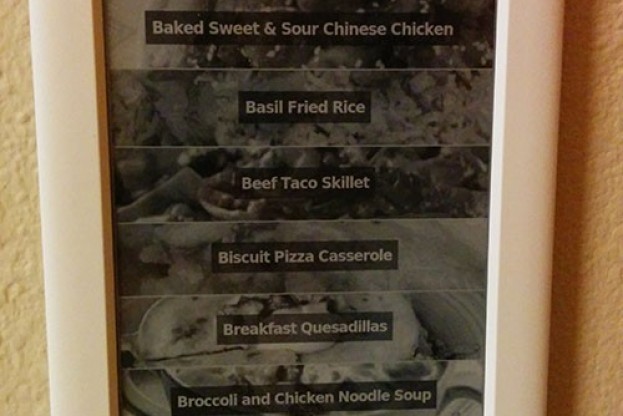 Great project Kael! I already have a bunch of recipes on my phone and couldn’t agree more – I hate using it during cooking. Kitchen is a hectic place while I’m cooking with no space for puny devices that can’t be properly washed after I’m done. I definitely need to move the recipes to my Evernote account and try out your setup.

Check out the blog post and if you’re a DIY kit owner, try it out. Also, if you have any V Tablet projects and want them featured on our blog don’t hesitate and drop us a line!